Wiltshire Council is a UK unitary authority providing the full range of local authority services to a population of 435,000 citizens. In common with all UK local authorities, Wiltshire is facing budget reductions and must find ways to deliver operational efficiency improvements and financial savings, whilst continuing to deliver excellent service to citizens. To that end, Wiltshire Council explored offering a mobile app which citizens could use to report issues to the Council, as part of its ongoing channel shift and transformation programme. 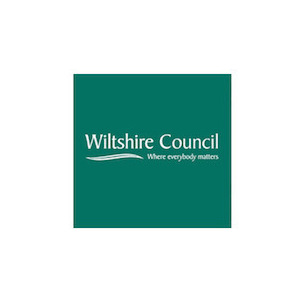 Key drivers of the My Council Services implementation at Wiltshire Council

Wiltshire Council reviewed a number of potential providers. Abavus’s My Council Services (MCS) system stood out from the competition because it offered a hosted platform that would be quick to implement and addressed all the key drivers of the project.

Wiltshire Council launched its trial of the My Council Services suite of mobile applications in February 2013. The initial trial covered six service categories: fly-tipping, dead animals, syringes, playgrounds, public toilets and graffiti. The launch was low key and not heavily publicised in order to let Wiltshire see the approach working in a live operational environment whilst keeping risk to a minimum. Citizen use of the new platform developed organically through word of mouth.

Early data on MCS usage was positive and so the platform was opened up to a much wider set of reports from over 20 different service categories and work began on integrating MCS with other business systems. The Abavus team and Wiltshire developers worked together to enable dynamic data integration between MCS and two other systems – Exor (the Highways’ CRM system) and Mayrise (the street-lighting system). This integration went live in mid-September 2013.

“The key benefits to Wiltshire are reducing duplication of effort in the Customer Services team by tightly integrating MCS into the back office systems and the feedback directly to the customer who reported the incident. Previously Customer Services would have taken the call, logged the call and then manually created the case in Exor or Mayrise themselves. Removing all of that manual effort saves around 10 minutes per service request.” 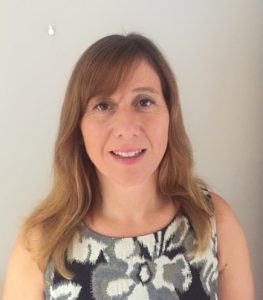 Phase one – delivering an integrated and multi-channel self-service capability

Integration of data from MCS with existing back office systems

Wiltshire wanted the data from the MCS system to integrate with its existing back office systems, so that changes in status of a service request, for example from ‘open’ to ‘in progress’ to ‘resolved and closed’, would be reflected in the back office system as well as in MCS. To enable this integration, Wiltshire developed its own in-house software bridge to link MCS with Mayrise and Exor. This allows automated updates to flow between the different systems and provides a full audit trail of each issue raised from customer submission through to closure, along with feedback on progress to the citizen.

The platform is scalable so other line of business applications can be added as required. The Highways Team can now automatically allocate jobs to internal officers as well as to operatives out in the community, both council employees and third party contractors. The integration with Mayrise supports the street lighting service category and is managed by the consultant Atkins. Exor, the Highways’ CRM system, also integrates further into a contractor’s line of business system (namely Balfour Beatty Living Places).

No need for complex IT installations

Almost all the configuration work was done in-house, meaning that Wiltshire avoided an ‘implementation heavy’ enterprise CRM application. As the project progressed it moved beyond just the Highways Team into other service areas including car parks, traffics lights, pedestrian crossings and trees. This presented Wiltshire with an opportunity to pilot the MCS Contact Centre module (a CRM system) with a view to replacing elements of its existing CRM product.

The programme team at Wiltshire worked closely with the MCS implementation team at Abavus in order to ensure that operational business processes were correctly documented. Such processes are complex and reflecting them accurately in the technology is crucial to success. The primary goal of Phase One of the project was to deliver a closed loop system in which all the relevant data about the outcome of the service request is fed back to the person who first raised the request. This was achieved, enabling Wiltshire to move on to Phase Two.

Wiltshire Council used the confidence and knowledge it developed during phase one of the project to launch more complex self-service processes during phase two, further adding to the return seen on its original investment. In phase two of the project the strategic focus was on the following areas:

Wiltshire Council’s use of My Council Services has developed in line with its initial plans and expectations. Key milestones have been reached and targets exceeded. The investment has been managed in phases with further money only released once previously agreed outcomes were met. As usage of My Council Services has grown so the scope of the project has expanded in line with Wiltshire’s developing business needs. New areas continue to emerge where Wiltshire Council and Abavus will collaborate to deliver the ongoing transformation programme.

“We have been able to take the flexibility and power of the My Council Services platform and use that to match the required business processes which have been complex and have varied department by department, rather than change the process to fit the technology. The automation and savings we have realised would have been impossible without this.”

When a job arrives via MCS co-ordinates are mapped automatically in order to deliver it intelligently to the correct local depot…An interesting challenge has been the variety of business process that exists in the council. My Council Services provides a range of case management approaches and this flexibility has been vital in the success of the project.

Service delivery beyond just the technology

Wherever a technical issue has been encountered it has always been resolved quickly and with minimum fuss. Working with Abavus and My Council Services has been a very positive experience, the technology is excellent as is the responsiveness and flexibility of the technical and operational support teams… It has been an enjoyable programme of work to be responsible for.