Test Valley Borough Council is located in western Hampshire and covers the towns of Andover, Romsey and Stockbridge. It has a population of approximately 120,000 people with a large proportion of residents living in Andover or Romsey, though there is still a sizeable minority living in the rural areas of the borough.

In the past there have been issues with poor quality broadband access. However, Hampshire County Council is currently leading a project to install superfast broadband to at least 95% of Hampshire by 2019 with the remaining 5% to follow. This has led to a particular focus on getting rural villages online. As a result, internet use in the area is increasing, making it a good time for Test Valley to focus on channel shift and develop use of its online channels.

The decision to adopt My Council Services was driven by a number of considerations.

Test Valley Borough Council has a joint IT service with Winchester City Council. Where it makes sense to do so, the two organisations generally try to align any new systems that they have. As Winchester had already been using My Council Services happily for some time it made sense for Test Valley to also look at My Council Services and so the decision was taken to run a pilot.

An initial pilot was set up with four processes, which all came under the Council’s Environmental Service. This Service was the focus of the pilot because it generates the greatest number of enquiries from customers (except for the revenues and benefits team which has its own dedicated system).

Environmental Service issues were also well suited to the My Council Services pilot because many of the queries that come in are fairly simple such as people wanting to report missed bin collections or requests for shrub and hedge maintenance. These types of enquiries are relatively straightforward and often don’t need to be handled by a person at the end of a telephone line. The My Council Services app makes it quicker and easier to report issues like this as customers don’t have to call the Customer Services team.

The plan was that this would reduce the volume of calls into the contact centre thus enabling the advisors there to focus on more complex issues. There was a soft launch for the My Council Services pilot. The Council decided not to advertise the new system to external customers but instead to set it up on the website with no formal publicity.

The Council was confident that the new system would work well so the decision was taken to switch over completely to My Council Services for the processes being tested rather than run two systems in parallel. The pilot ran for six months during which time the Council tested My Council Services extensively, checking to see how easy it was to set up new processes, amend existing processes and for the customer service team to deal with requests

“Using My Council Services reduces the number of routine calls to our contact centre and so has freed up our advisors to be able to work with the customers most in need of personal interaction. It’s definitely the way we want to go – to give customers more options to contact us. At the end of the day hopefully we will see some efficiency savings but at the moment it’s a tool to help us deal with our more vulnerable customers.” 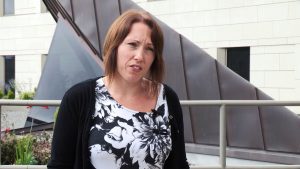 A healthcheck of systems

“A spin of benefit of this project has been that it has enabled us to take a step back and look at all our processes, taking the time to really look at what other Councils have done and make sure that we implement best practice with our processes.”

“Using My Council Services reduces the number of routine calls to our contact centre and so has freed up our advisors to be able to work with the customers most in need of personal interaction. It’s definitely the way we want to go – to give customers more options to contact us. At the end of the day hopefully we will see some efficiency savings but at the moment it’s a tool to help us deal with our more vulnerable customers.”

Ease of use for customers

“A big benefit of My Council Services is how easy it is for customers to use it when they are out and about. They can send something on their mobile straight away without having to call up to talk to someone about something they can report straight away on an app. It gives people the freedom to do things themselves.”

“We have a very low unemployment rate and people are in work so can’t easily ring in during ofce hours – if I want to do something I would prefer to do it in the evening online if I could.”

“My Council Services enables better quality information to be collected about issues. There’s a huge beneft to receiving a map and a picture when something such as an abandoned vehicle is being reported. Rather than someone trying to describe it over the phone – instead we can show the actual location and see what the customer is looking at, making it much easier for our operatives to deal with.”

“Dealing with Abavus has been excellent. We did have a few glitches, as is always the case on projects like this, but the response from Abavus was always excellent. They’ve worked very closely with us to fix things and there’s always been a very prompt turnaround. The whole process has been very quick – from starting the project to actually getting the first transactions coming through only took a few weeks.”

The results of implementing My Council Services

The My Council Services pilot was successful. Test Valley Borough Council found that the My Council Services system was quick and easy for the advisors to use. They were able to deal with phone calls much more quickly and could get up and running on the new system with only a minimal amount of training. In most cases advisors were able to start using the new system after less than an hour’s training.

During the trial more than 2,000 service requests were processed using My Council Services, around 9% of which came from the public website or the app, showing that customers were starting to make use of the new system. Feedback from the staff was extremely positive and some Councillors also began using the system and reported that they liked it very much.

As a result of the success of the pilot, the decision was taken to continue using My Council Services after the end of the pilot period and to start publicising it more widely as well as to extend the number of processes to be managed through My Council.

“My Test Valley is a modern, user-friendly app that allows residents to contact the Council quickly and conveniently to report matters such as fy-tipping, missed bin collections and overgrown hedges. It means that we are made aware of environmental matters sooner so we can take action.”