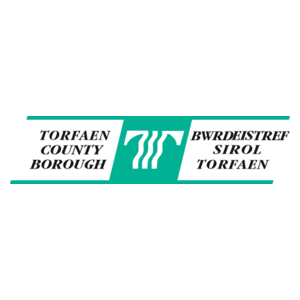 In common with many local authorities, Torfaen had a very high volume of calls coming in to its customer contact centre and struggled to find the resource necessary to manage this high level of demand. Therefore the Council began looking for technology solutions that would help with demand management and also facilitate channel shift.

The Council’s main requirements were for a product that would be simple to use, user-friendly, accessible and fully customisable. Torfaen also wanted people to be able to contact them whilst on the move so the solution they implemented needed to be accessible via a web interface, mobile phone or other handheld device.  It was also important for them to be able to link all of their existing systems together. Finally, Torfaen did not want to invest in a system that would be complicated to build or that would take a long time to operationally deploy.

Having gathered their requirements, the Torfaen team put their functional specification out to tender. A number of tender submissions were received and, after careful consideration, the decision was made to appoint Abavus and install its My Council Services system.

“Cost was a big factor – the main thing really. That and how quickly the product could be implemented. Development time to actual implementation time – they were really key – and also that My Council Services delivered functionality that was straightforward but worked and delivered the option of customisation and building it how we wanted to build it. They were the main things we were looking for and My Council Services delivers on all of those.

We were looking for something that would be easy to use yet could handle more sophisticated processes where required and that would give us quick wins that we could deliver and implement instantly. We didn’t want to wait months and months. Abavus was the one that was able to offer all of those things.

In fact it has turned out that the real selling point is the additional products and services that Abavus supplied that we had no idea of when we first went out to tender. If we were doing a spec now and were looking to tender again then our process would be completely written around what Abavus as a company has been able to deliver for us.”

Details of the project

The first phase of the project focused on the customer services contact centre. The aim was to try and better manage the volume of calls coming in. The Council started with a soft launch in the Environmental Services Department and work began on building an app which would enable people to interact with the department quickly and easily via their smart phones, tablets or computers.

The My Council Services system is so easy to use that the Torfaen team were able to design and build all of the forms themselves, and the app was officially launched in April 2014.

“Within Customer Services we recognised that the quick win was to focus on environmental services – waste management, highways – the things that the app was really made for, for the customer to be able to go out and take a picture and send a form and for us to be able to work with that, so we launched with that first.

We had an existing in house tool we used that was very cumbersome and all based on programming language so when we tried to change something it was very difficult. With My Council Services we found it very simple to design and arrange all the forms. My colleagues and I actually built and designed all the forms ourselves.

The biggest impact came when we integrated the forms onto the website. That’s when we really started to feel the benefit and started to see the number of customer registering to use the app increased quite significantly.”

The app was initially launched with little promotion. The team then began to use social media and Torfaen’s own internal newspaper to promote it. They also arranged a series of seminars and demos with the Council Members and set them up with access to the app before they began promoting public access so that they could promote it to people in their area. Use of the app has grown steadily over time, so much so that the Council then began looking at other ways that My Council Services technology could help them.

Having got the My Council Services app and responsive web forms up and running, the Council quickly realised that the My Council Services suite of products offered potential far beyond what they had originally considered. They then decided to install MCS’s contact centre module across all areas of Customer Services. This means that the team can keep track of any service request that comes in either via the contact centre or that gets logged and recorded through the MCS app. The previous system was slow, cumbersome and largely paper-based. In contrast the contact centre module offers an end-to-end customer service experience that was not possible via the previous system. Customers can be routed immediately to whichever department they need and all their communications tracked and responded to in one place.

“One of the things I noticed as soon as we had the product was the potential of the contact centre module. I played around with it and thought that it really fitted the bill and so we’ve quickly developed it.

One of the key things I love about the My Council Services platform is that it gives you opportunity to really think about what you want to do. It doesn’t just give you one way of doing things but you can configure and apply changes exactly how you want to.

It’s a real game changer for us – customers can actually track the progress of their own enquiries regardless of how they contact us. We’ve never been able to achieve that before and we’re really starting to see the results of it. It’s not something that we’ve ever thought we’d be able to achieve so from my point of view it’s a big step forward.”

“Before we started working with My Council Services we had never really thought about how we could deal with revenues and benefits enquiries other than by telephone. Historically we had basic forms on the website but they required people to print them off and bring them in so it was actually creating contacts rather than lessening the need for people to contact us.”

“At the moment if someone wants to take a large item to the recycling centre in a van it’s a lengthy and complicated process to apply for a permit, but we now know that the functionality of the app and corresponding responsive web forms would allow us to enable people to buy tickets via their mobile device and show it on their phone at the recycling centre.

We’re also looking at the workforce Mobile Working module so we’ll be able to go from someone reporting a faulty street light to that going directly to an officer in the highways team who can pick up that request on site and deal with it there and then.” 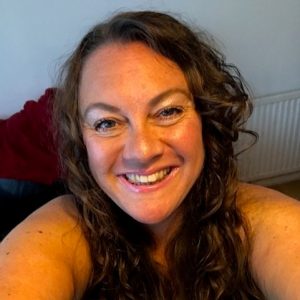 My Council Services was originally installed in the Environmental Services Department, but other departments have been quick to see its potential. The next phase involves colleagues in the neighbourhood services department who will be both accessing the forms module themselves and using the contact centre module.

The Business and Enterprise team and Social Services Departments are working on their own MCS implementations, and the Revenue and Benefits team also have a suite of forms designed both to encourage channel shift and to make it easier for people to get the information that they need.

Torfaen is also completing due diligence on implementation of the payment module that is part of the package, as well as using My Council Services to reduce call centre traffic by managing appointment bookings.

Thank you for your interest in our Ultimate Guide to Channel Shift white paper. Please complete this form and click submit in order to access the white paper. We hope that you find it useful.

Thank you for your interest in our Social Media Risk Management in the Public Sector white paper. Please complete this form and click submit in order to access the white paper. We hope that you find it useful.

×
Book a demo or ask a question