Swale Borough Council is the local authority for Swale in Kent, England. The district is split in two by a narrow channel – the Swale – that separates mainland Kent from the Isle of Sheppey. The district of Swale covers an area of 144 square miles, taking in the towns of Sittingbourne and Faversham on the mainland and Sheerness and Queenborough on Sheppey. The Council is responsible for a population of just over 146,000 people. Since 2008 Swale Borough Council has been part of the Mid-Kent Services partnership together with Maidstone Borough Council and Tunbridge Wells Council. Members of this partnership share provision of key services, one of which is IT. 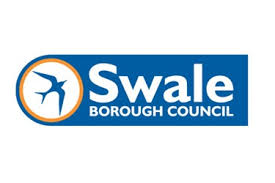 Background to the project

Swale Borough Council was one of the first in the country to set up a customer service contact centre. Its customer services team works across three different locations of the borough and provides a full range of front line services. The team’s head office is in Sittingbourne and provides the reception, service desk and contact centre functions. All staff in the team are multi-skilled so that they can work in any location, take on any role within the team and provide the same service to the public regardless of contact channel .

“The system, for me, is the key thing for my staff. Other councils have their staff dip in and out of different systems but that doesn’t work for Swale. We want one system and we need it to do everything that our staff need to be able to do including integration with 3rd party systems.”

The customer services team had a legacy CRM system that it had been using since 2002. The team has always worked extremely closely with the Council’s IT department in order to develop the existing system which included integration with other internal systems as well as 3rd party systems.  Customer services staff along with the respective service areas would map out their workflows and processes and then pass that information to the IT team who would develop the necessary service forms within the legacy CRM system.

The existing CRM system was the only system that most of the customer services team members had ever used. Over the years it had been integrated with every other frontline service that the team needed to deliver, from council tax payment, parking permits and electoral registration through to delivery of the council’s environmental services along with integration with third party contractors’ systems such as the waste management function. There were approximately 200 different service forms within the system which included some online forms.

In 2016 it became clear that the existing CRM system was coming towards the end of its life and the Council began the process of procuring a new system to replace it. As part of this process they conducted a full review of all existing processes and were able to reduce the number of service forms needed down to around 100.  After a comprehensive procurement process the Council appointed Abavus to develop the new digital platform (CRM system), based on its My Council Services suite of products.

“We were replacing a system that we’ve used for 15 years. We don’t just use it for service forms – it’s got FAQs in it, it has links to staff daily rotas, it contains all the documents that they need to use, absolutely everything. So as well as pulling all the service forms together we also had to pull all that data out of the old system and get it set up in the new system, so we had really high ambitions of what we needed from Abavus.”

Shortly after the project began, the suppliers of legacy CRM system announced that they were going to cease trading under the CRM remit and that the system would no longer be supported by April 2018. Thus the requirement to get the new system up and running became even more urgent, but the Council’s requirements remained just as demanding.

Flexibility to tailor to the Council’s precise needs

“What attracted me to Abavus is that I know from my experience of working with larger IT suppliers that no system you buy ever gives you exactly what you want. However, because Abavus is a smaller company they were able to offer us more flexibility. They were willing to develop with us in the way we wanted to develop, rather than simply selling us something out of the box that we’d then have to try and adapt and work around.”

“This project has given us the opportunity to review all our processes and procedures and look at how we might do things differently. It’s been great as we’ve been able to look at doing things differently and the system gives us the flexibility and the tools we need to implement new, more efficient ways of working.”

“The staff like it even though it has been a big change for them.  We have involved them every step of the way, we’ve used their views and feedback to help us carry out reviews in order to develop the service forms so they are not only user but customer friendly. I personally think it’s a much simpler system to use than our old system. The biggest benefit is we can just develop a quick form and tweak it ourselves at a moments notice. We don’t have to create a job request or wait for IT.”

“We’ve been able to move more transactions online. We have removed our email address from some pages on the website. Previously we had a basic contact form with a free text field, but now we’re able to signpost to customers much more clearly the ways that they can do things themselves before contacting us. That’s been a massive benefit for us and we could not have done that with our previous system.”

“We are still in the early stages of getting customers to do things for themselves. Integrating the payments has gone really well. We are also in the process of developing a new website so once that’s launched we will really start to drive things online.”

“In July alone there were over 6,000 service request forms generated in My Council Services for Swale by Customer Services and the public so you can see how much we have achieved in that short period of time.  We know we still have a long way to go, it is all very well developing online forms, we need the public to use them.”

“Abavus have been great. There’ve been things we have asked for and they all get done, they’re all things that are achievable, there’s also things we would like for the future so we have been logging these as enhancements which we hope will then put on the development map. I catch up regularly with Darren and Nicki and I know that if something isn’t right they’ll be on the phone. They’ve been so supportive to us and helped us so much.”

“As much as it has been a challenge for us to build the system and do all the things we wanted to do and start thinking differently, it’s probably also been a challenge for Abavus but I’m hoping that’s a good thing that we are challenging each other. It comes back to why we wanted to work with Abavus in the first place which was to develop together a system that was beneficial for all of us.”

Further developments of the system

“Another attraction was that the My Council Services system was much easier to use and set up than the legacy CRM had been. We’re not reliant on IT now to develop forms for us. I was looking for something that I could manage within my team much more efficiently, rather than being reliant on IT.  This doesn’t mean we don’t need our IT specialists because we do, we just need to be able to do more for ourselves and just involve them when we need their technical expertise such as integration requirements.”

“One of my staff volunteered to start to build the service forms. She has no technical background whatsoever but has been able to develop our new platform almost entirely by herself. For a member of my team to have been able to develop a full platform is amazing and the bonus is that we can make changes to forms instantly.”

Thank you for your interest in our Ultimate Guide to Channel Shift white paper. Please complete this form and click submit in order to access the white paper. We hope that you find it useful.

Thank you for your interest in our Social Media Risk Management in the Public Sector white paper. Please complete this form and click submit in order to access the white paper. We hope that you find it useful.

×
Book a demo or ask a question